IMPORTANT! PLEASE READ:
Collecting autographs can be very rewarding -- yet very risky. Unless you get them in person (yourself), you just never know if they're authentic or not. There are many dealers out there who knowingly or unknowingly sell bogus autographs. To be on the safer side, choose reputable dealers who are members of the UACC (look for that distinction, but don't rely just on that!) or can show proof that the autograph is legit. Be very wary of most of the autographs on online auctions like ebay.com!

WORD: Always ask where/when the item was signed if in doubt. If you can't get that question answered, and "a dealer I always deal with" is not acceptible, then pass up the item. You'll find what you're looking for eventually. A "Certificate of Authenticity" (COA) DOES NOT PROVE IT'S AUTHENTIC! Often, the fancier the COA is, the worse the actual product is.

These old words of advice stand true here: If it's too good to be true....!
Now, I'm not an expert, but over the years I have learned what a few of these things should look like. Usually. Sometimes. Maybe. Look below for some of my findings....

Here are examples of real autographs from a copy of John "Paulie" Martino's Godfather shooting script:


Here are a few that you may run into, like I have: 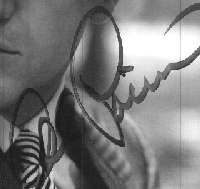 
This is the signature that may be returned to you if you write to Pacino in the mail -- it's likely a "secretarial" because his first and last names are spelled out. But I do know for a fact that Al does spell his first name like "All" with those loops (see authentic version w/ cast above), but that is easily faked. 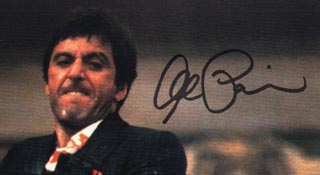 
I sent this photo to Al's address and it was returned with this signature. I am not 100% certain about its authenticity as Al's signature is easily faked. It's signed "All" also, but the last name isn't spelled out. This is likely secretarial, but I'm not certain. 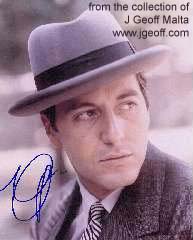 
This one I bought from a reputable UACC dealer. It is "guaranteed" authentic, and obtained "in person" by a third-party dealer in New York City. This looks nothing like any other example I've seen elsewhere, but the dealer stands by his word. I don't know, and I doubt it. 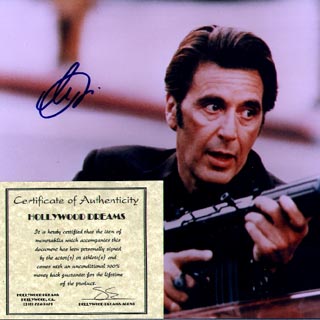 
This is the signature you'll see all over the online auctions. It comes with a COA* from Hollywood Dreams who swear on their lives about these. They told me that their autographed photos are sold nationwide through a major chain store and they couldn't afford to deal in bogus stuff. Well, perhaps. But every single example I see of these are virtually identical to each other, and unlike others I've seen elsewhere. I may be wrong, but I can't picture Al signing 1000s of these photos over his morning coffee. I think these are auto-penned. (*Certificate of Assumption) 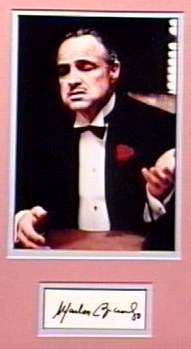 
This one (at left) I saw on a dealer's website. The guy later told me it now hangs on his wall, after he figured out he cannot replace it. Brando is notoriously a difficult signer, especially as time goes by.

I did buy a 1954 menu signed by Marlon Brando which I am 100% confident in. It is from the "Ile de France" luxury liner of the old French Line CGT fleet. It's apparently also signed by 40s actress Patricia Knight, in the same ink color. The rest of the signatures -- I believe -- are non-celebrity passengers who are congratulating "Billie Clarke" who may be the president of an answering service out West. I'm still researching this item.

I also recently got this "guaranteed" signed photo which I'm pretty sure about, but not 100%. I'm still working on it. The sig looks sloppy, but I guess that can be expected. The seller assured me that his relative got it while he was working as a crew member on one of his films. When I find out more, I'll post it here. 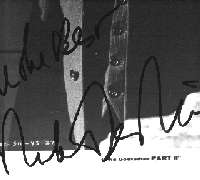 
This one I bought at a memorabilia show, but shortly returned after finding out that it was "not authentic" by a reputable dealer. This is supposedly the signature that will be returned to you if you write to De Niro in the mail. I was told by the dealer that it is inauthentic, although it seems to look similar to some of the ones below. I don't know much about De Niro sigs, so your guess is as good as mine for now. Here are a few I've seen on the web. I would assume that the ones signed w/ other actors may be more likely authentic, but who knows: 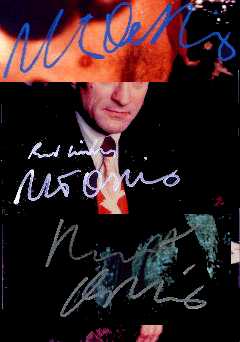 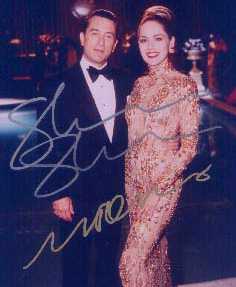 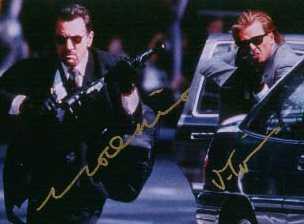 
This one is authentic, inscribed in my copy of The Godfather novel. I have many more, obtained in-person myself. I see Puzo sigs often on the web, and they've all looked real to me.


This signature was returned to me when I wrote to him. I suspect this is likely a secretarial although a dealer selling these claims they are authentic. I just can't imagine James Caan signing 1000s of these so neatly -- and differently -- than his standard sig (below). 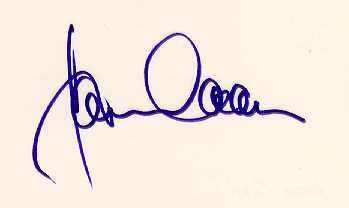 
This signature is the real one, identical to the one with the cast at top. This is the one I'd buy, not the one above. 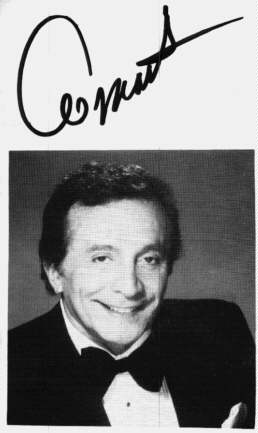 
This one is authentic, personally obtained in-person myself. When he has more time to sign, he does complete his surname (see cast signings above). 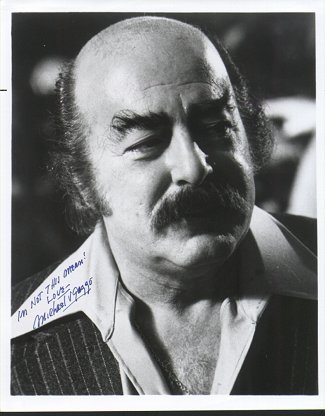 
This one was authenticated via email for me by his son

If anyone has others that are known to be authentic or not, please let me know!
(Especially if you're one of the people above! :)

GO (BACK) TO THE COLLECTIBLES PAGE